Why Can’t He Fly a Bathroom Without Buttocks? – Stephen Atubigah Asks NDC 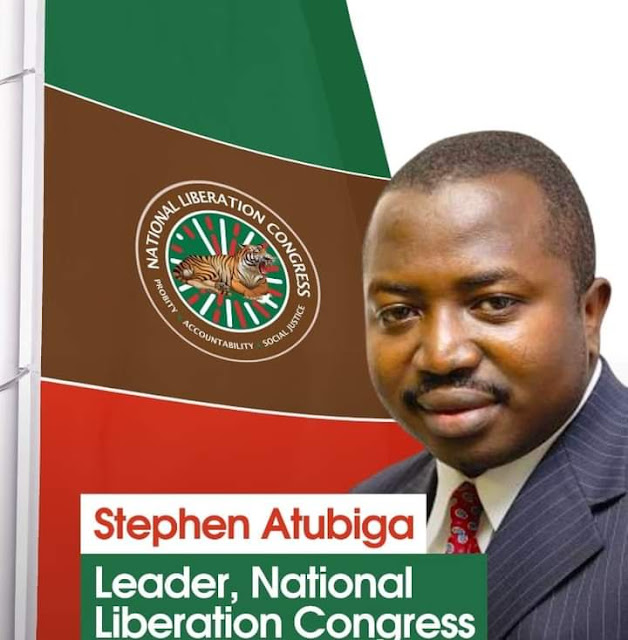 Following the controversy about the cost involved in the hiring of jet H.E. Nana Akuffo Addo in his recent travel to France and why he abandoned the national presidential Jet, the M.P for North Tongu and a ranking member of parliament, Hon. Samuel Okudzeto  Ablakwa filed an emergency question in parliament for the defense minister to explain.

The defense minister Hon. Dominic Nitiwul upon explain why the presidential jet was not used, said the Dassault Falcon 9G-EXE has low capacity and the presidential cannot refresh up in it and that’s why they went for the Airbus ACJ320neo.

But this explanation seems unsatisfied to most Ghanaians and the NDC which has made them to criticize the defense minister.

How, Mr. Stephen Atubigah, a former NDC flag bearer aspirant who is now the founder of National Liberation Congress thinks the NDC has no capacity to criticize the government as they were flying women when they were in power. In a facebook post he said, “If others were flying (Buttocks) without a bathroom, why can’t he fly a bathroom without Buttocks)? Ask them for me, please.” 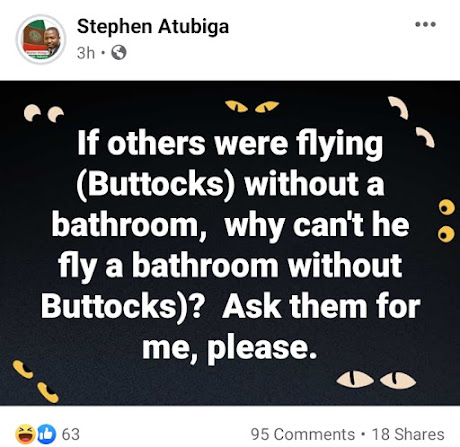